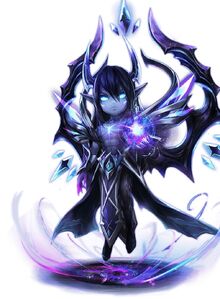 Monsters are the main creatures used by players in the to battle in the Arena, Scenarios, and Cairos Dungeon, as well as in Guild Battles and the Trial of Ascension.

Each monster is divided into various grades based on its star rating, or the number of stars it possesses, and star color. Sacrificing monsters of the same star rating allows monsters to evolve, increasing their strength. All monsters come in the five different elemental variations or attributes of water, fire, wind, light and dark. Additionally, monsters come in various types based on their role in battle (attack, defense, support, HP, and material).

In order to battle, each monster possesses its own set of skills which it uses to attack, as well as to provide buffs and statuses, and even heal. The stats of a monster determine the strength of its attacks and skills. Furthermore, a monster's stats can be enhanced by powering it up through the sacrifice of other monsters. When monsters are awakened through the use of special elemental essences, they get a boost to basic attributes, and sometimes access to new abilities.You can also awaken monsters more than 1 time but not every monster can be awakened more that 1 time awakened monsters have a more superior strength and a new look added to a awakened monster.

All monsters possess a specific attribute or element. There are 5 attributes in total:

Each of these attributes all have strengths and weaknesses relative to each other. The following illustrates their relationship with one another:

When monsters battle against those of an opposing attribute they are strong against, they gain a chance of landing a Crushing Hit and a 15% increase to their Critical Rate. When facing monsters of an attribute they are weak against, monsters are at a disadvantage in that their base damage is reduced by 20%; their attacks gain a chance to land as a "Glancing Hit", an attack that partially misses, resulting in the total damage of that hit being reduced by 30% and usually no chance of inflicting a negative status; and (since a glancing hit is not a critical hit) their critical rate is reduced by 15%. Glancing Hits, Critical Hits, and Crushing Hits are also mutually exclusive of each other. When monsters face others of the same attribute, they are at neutral and so their critical hit rate and damage is the same as before.

Each monster possesses the ability to level up by gaining experience, and in doing so getting an increase in stats. As monsters level up, the amount of experience needed to gain in level increases. The maximum level of each monster will depend on its star rating.

Monsters may gain experience through a variety of ways. Participating in battles offers a set amount of experience, with the amount depending on whether a player is battling in the arena, dungeon, story, or the Trial of Ascension. Monsters may also power up and have their level increased by sacrificing other monsters of any kind. The amount of experience each sacrificed monster gives depends on its star rating, with a higher star rating offering more experience.

In addition they also possess the following minor stats:

Major stats increase with level and through awakening while minor stats are fixed, although they do sometimes increase through the process of awakening as well. All stats can be further increased with runes, buildings, and leader skills. Major stats that are boosted automatically get rounded up to the nearest whole number.

In combat stats are calculated as follows. This formula applies to the stats HP, DEF, ATK, SPD only:

runes: bonus stat given by runes and artifacts

base: monster's base stat

leader: bonus defense given by leader skill. expressed as decimal

Monsters are graded based on the number of stars it has, with all of them beginning with an initial star rating between 1-6. In general, the more stars a monster has, the greater its stats are. This means that a 3-star monster would have greater stats than a 1-star monster.

In addition to star rating, monsters are also categorized into five different roles:

In order to battle, each monster possesses a basic attack skill, as well as one or two additional skills, which can be attack, heal, buff, or status skills, depending on the role of a monster. Additionally, monsters may also possess a leader skill, which takes effect only when the monster is set as the party leader. Leader skills usually provide useful passives which can provide party wide stat boosts, or other kinds of buffs, and are automatically active upon entering battle. They may apply only to dungeons or the arena, but some apply to all situations.

The strength of skills usually depends on the stats of monsters. For example, some attack and heal skills scale based on attack while others may scale based on speed. Status or buff skills usually provide flat benefits regardless of stats. Some skills, such as some heal skills, heal based on a percentage of a monsters hit points, while others may heal based on party numbers. The type of effect and whether skills scale or not varies from across different monsters.

Like monsters themselves, skills may also gain in level, and as a result gain in effectiveness. To upgrade a skill, players must power up a monster by sacrificing a monster of the same family or use a special monster called devilmon. The monster need not be of the same attribute or element. Which skill is leveled up is chosen randomly.

Through the process of awakening, monsters undergo a transformation which results in a change to their physical appearance, as well as an increase in their stats and sometimes a decrease in others. As well, monsters will also sometimes either gain a boost to an old skill, or gain a new one. To awaken a monster, certain Essences are required, which are only found in the Halls of Elements. Usually, monsters need essences of the same attribute, as well as neutral magic essences to awaken.

Only certain monsters may undergo an awakening, which is determined by the color of their stars. Monsters with grey stars cannot be awakened, while monsters with gold stars can. Purple stars signify that a monster has already been awakened, and can't be awakened further. Some monsters, however, can be awakened twice due to the dimension hole.

There are several ways to obtain monsters:

With every monster you have the option to:

There is a limit on the maximum number of monsters the player can keep. This limit can be increased by purchasing additional space using Mana Stones or Crystals. However, players may only increase their monster capacity to a maximum of 120. Additional space may also be gained through the Monster Storage building.

Some monsters can only be obtained from certain events. Here's a list of all the event exclusive monsters:

Material monsters are special monsters which serve no purpose in battles, instead serving purely as power-up material for regular monsters. They come in three different forms: Angelmon, Rainbowmon and Devilmon.

Angelmon offer bonus experience when used as power-up material for other monsters. The amount of experience they offer increases as they are powered up themselves. Additionally, awakening them will also further increase the experience gain with monsters of the same element.

Rainbowmon automatically come fully powered up to their max level, and ready to evolve. They are used purely as evolution material.

Devilmon are the rarest variety, and are capable of giving a skill-up to any monster when used as power-up material.

Homunculus are special monsters summoned only at the Craft Building, using special materials gathered from the Rift Dungeons at the Rift of Worlds. They possess many of the same attributes as regular monsters, but have customizable abilities, and an inherent passive no other monster possesses. They can only be used in Arena and Guild Wars offensive teams, and general PVE.

Transmogrifications are special costumes/skins which can be equipped onto monsters. Most skins are available either through in-game purchase with money, or by unlocking with Shapeshifting Stones. Alternatively, players can unlock exclusive skins from competing at the World Arena. Transmogs provide no actual in-game benefit, existing purely as a cosmetic feature.

A cosmetic feature available to monsters is the ability to equip various auras, which are special effects that surround a monster. Auras provide no actual in-game benefit, serving purely as a decorative item. Auras can be obtained by purchase in the World Arena Shop or League Shop, and as seasonal rewards

Below is a list of all Auras that can be found in the game.